When it comes to your towels, they are fluffy and clean and do the absorption thing like little soak-up pros. Until they don’t. At which point you pile every towel in the house mile high and chuck it all in the washing machine and hope for the best.

Why? Well, what's your towel for anyway? Cleaning! If your towel is dirty, you are cleaning with a dirty towel. At which point you are no longer cleaning, you are... dirty-ing. 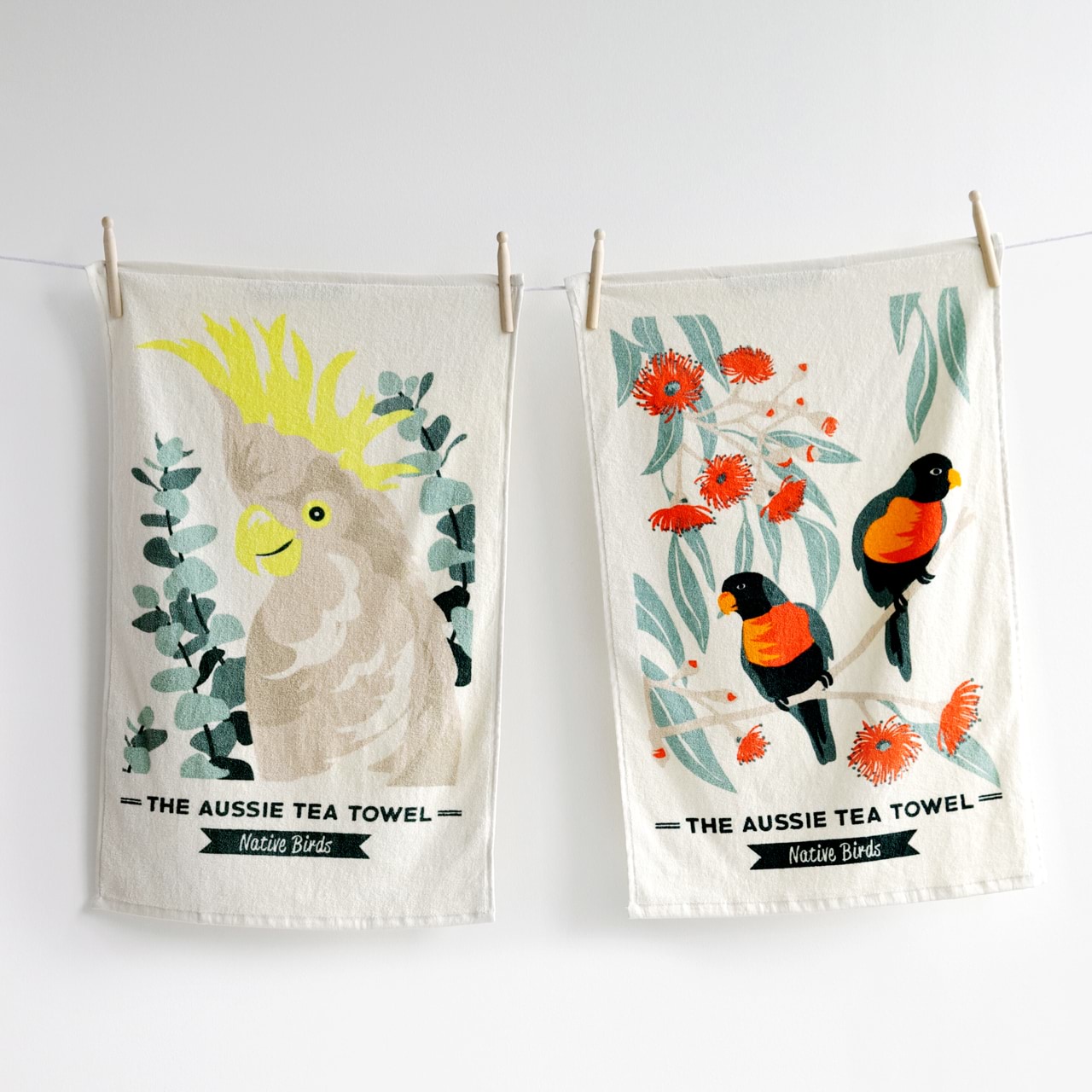 The thing about food handling, there seems to be a very easy going attitude because it’s food touching food, and cleaning food, there is no wiping your face and blowing your nose then wiping the plates clean. It’s food on food action, pasta sauce on bench gets wiped, pasta sauce on plate gets wiped, rotate tea towel 90° left and wipe off excess water on clean plates, and water also cleans off pasta sauce on tea towel. Hang up to dry and good as new.

Well. You’re actually pulling your clean dishes out of the sink only to scrub them with a towel playing host to millions of bitty bitty bacteria.

A University of Arizona study found that 90% of all tea towels lying around in kitchens today carry the kind of bacteria that is found in animal digestive systems. Which makes sense, cos bacon. But also ew.

Though we do tend to be a bit blasé with our tea towel washing, you cannot be leaving your tea towel(s) unwashed for more than 5 days. Wash them and swap them out every Thursday and Monday. A handy tip for tea towels due to their nature as food-handling cloths (as well as any other towels and by extension clothes) - when you wash them, add natural antibacterial disinfectants to the wash.

Lavender Oil - just adding 1- 2 drops along with your detergent will both disinfect the wash and leave it smelling like a fairy princess. Lavender has anti-fungal, anti-inflammatory and anti-microbial properties.

Tea Tree Oil – has been used for its anti-fungal, anti-bacterial and anti-viral properties since the Stone Age (you don’t know, they might have). Putting 2-3 drops of tea tree oil in with the wash, plus your normal detergent, will sanitise the lot. It’ll also produce a less fragrant overall smell, though it’ll still produce that freshly laundered smell.

You’ve probably heard this all before, but:

Vinegar & Baking Soda - vinegar can be used as a fabric softener, and using vinegar and baking soda together will work to remove stains and help keep whites white. Vinegar also acts as natural disinfectant, killing germs, bacteria or mould present in the laundry, and removing soap residue as well.